Kayaks (Inuktitut: qajaq (ᖃᔭᖅ [qɑˈjɑq]), Yup'ik: qayaq (from qai- "surface; top"),[4] Aleut: Iqyax) were originally developed by the Inuit, Yup'ik, and Aleut. They used the boats to hunt on inland lakes, rivers and coastal waters of the Arctic Ocean, North Atlantic, Bering Sea and North Pacific oceans. These first kayaks were constructed from stitched seal or Other animal skins stretched over a wood or whalebone-skeleton frame. (Western Alaskan Natives used wood whereas the eastern Inuit used whalebone due to the treeless landscape). Kayaks are believed to be at least 4,000 years old. The oldest existing kayaks are exhibited in the North America department of the State Museum of Ethnology in Munich.

Native people made many types of boat for different purposes. The baidarka, developed by indigenous cultures in Alaska, was also made in double or triple cockpit designs, for hunting and transporting passengers or goods. An umiak is a large open sea canoe, ranging from 17 to 30 feet (5.2 to 9.1 m), made with seal skins and wood. It is considered a kayak although it was originally paddled with single-bladed paddles, and typically had more than one paddler.

Native builders designed and built their boats based on their own experience and that of the generations before them, passed on through oral tradition. The word "kayak" means "man's boat" or "hunter's boat", and native kayaks were a personal craft, each built by the man who used it-with assistance from his wife, who sewed the skins-and closely fitting his size for maximum maneuverability. A special skin jacket, Tuilik, was then laced to the kayak, creating a waterproof seal. This enabled the eskimo roll to become the preferred method of regaining posture after capsizing, especially as few Eskimos could swim; their waters are too cold for a swimmer to survive for long.

Instead of a tuilik, most traditional kayakers today use a spray deck made of waterproof synthetic material stretchy enough to fit tightly around the cockpit rim and body of the kayaker, and which can be released rapidly from the cockpit to permit easy exit.

Eskimo kayak builders had specific measurements for their boats. The length was typically three times the span of his outstretched arms. The width at the cockpit was the width of the builder's hips plus two fists (and sometimes less). The typical depth was his fist plus the outstretched thumb (hitch hiker). Thus typical dimensions were about 17 feet (5.2 m) long by 20–22 inches (51–56 cm) wide by 7 inches (18 cm) deep. This measurement system confounded early European explorers who tried to duplicate the kayak, because each kayak was a little different.

Traditional kayaks encompass three types: Baidarkas, from the Bering sea & Aleutian islands, the oldest design, whose rounded shape and numerous chines give them an almost Blimp-like appearance; West Greenland kayaks, with fewer chines and a more angular shape, with gunwales rising to a point at the bow and stern; and East Greenland kayaks that appear similar to the West Greenland style, but often fit more snugly to the paddler and possess a steeper angle between gunwale and stem, which lends maneuverability.

Most of the Aleut people in the Aleutian Islands eastward to Greenland Inuit relied on the kayak for hunting a variety of prey-primarily seals, though whales and caribou were important in some areas. Skin-on-frame kayaks are still being used for hunting by Inuit people in Greenland, because the smooth and flexible skin glides silently through the waves. In other parts of the world home builders are continuing the tradition of skin on frame kayaks, usually with modern skins of canvas or synthetic fabric, such as sc. ballistic nylon.

Contemporary traditional-style kayaks trace their origins primarily to the native boats of Alaska, northern Canada, and Southwest Greenland. Wooden kayaks and fabric kayaks on wooden frames dominated the market up until the 1950s, when fiberglass boats were first introduced in the US, and inflatable rubberized fabric boats were first introduced in Europe. Rotomolded plastic kayaks first appeared in 1973, and most kayaks today are made from roto-molded polyethylene resins. The development of plastic and rubberized inflatable kayaks arguably initiated the development of freestyle kayaking as we see it today, since these boats could be made smaller, stronger and more resilient than fiberglass boats. 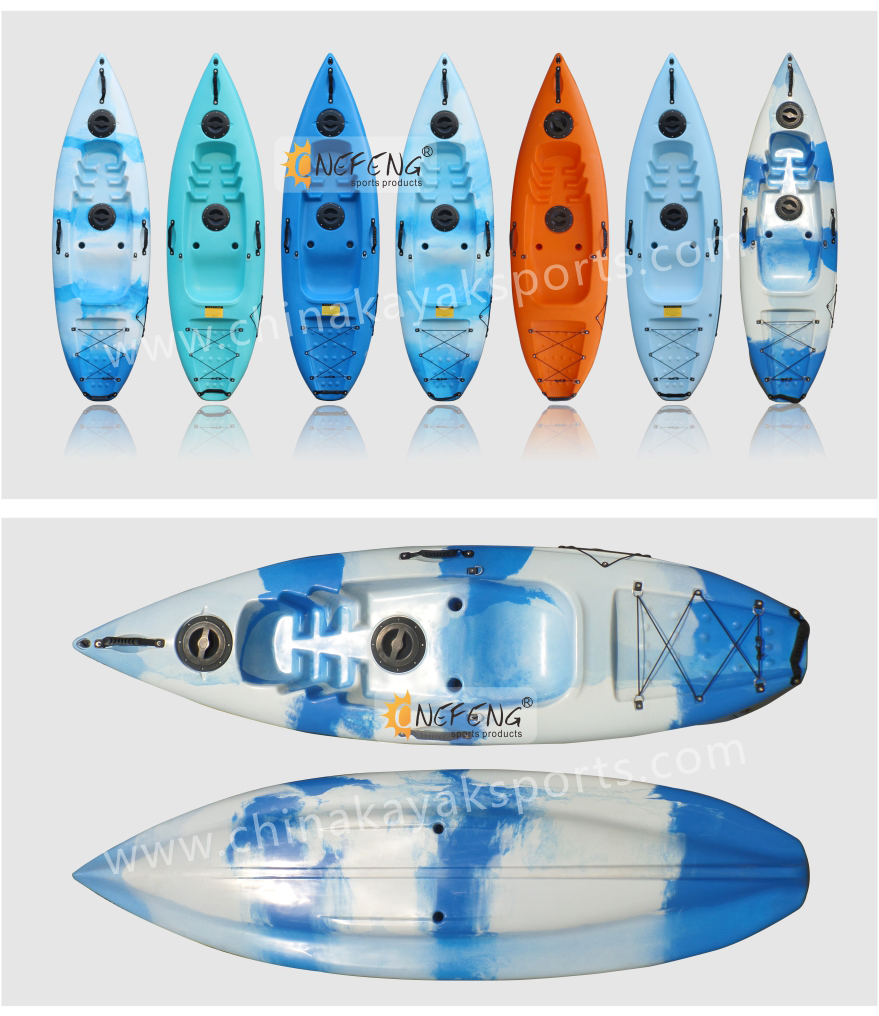 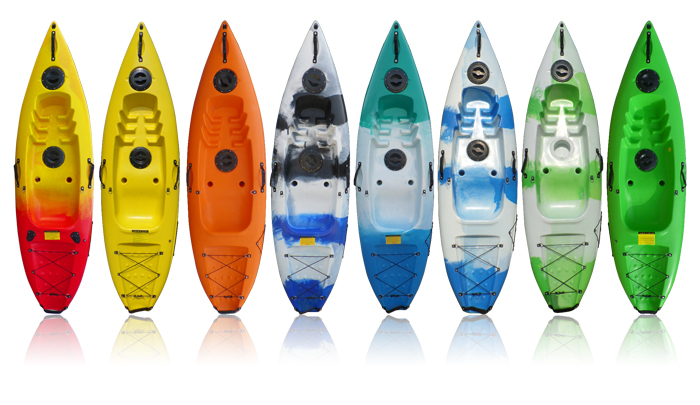 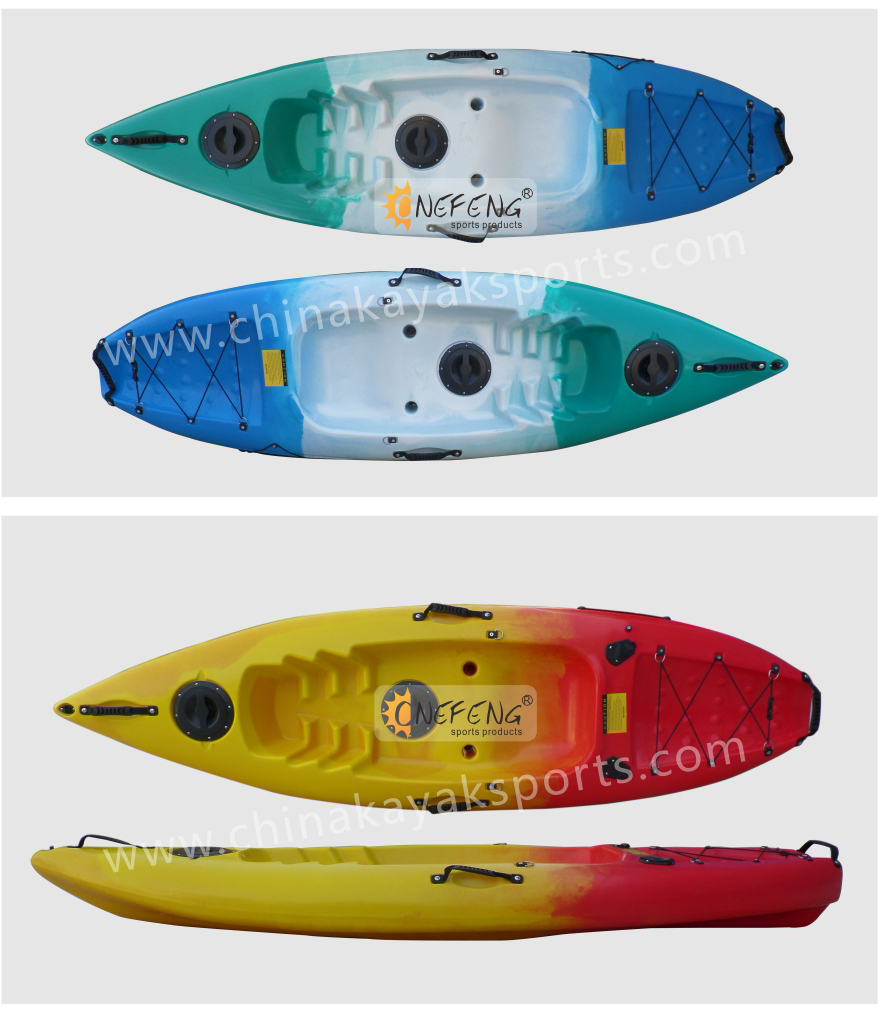 Share to:
Previous: The design principles of Kayak . Next: What is a kayak ?
Communicate with Supplier?Supplier